The game features users fighting ground battles in wars on planets in the Eve Online universe. The events that happen in this game will have an effect on EVE Online. Battles in this game can also determine who controls various planets in the EVE universe, and users in DUST 514 can interact with users from the EVE Online such as providing mercenary assistance during planet battles. According to Brandon Laurino Executive Producer of Dust 514, has stated that there will not be a set number of maps at launch, "We are covering literally a universe of planets, so there's thousands of different maps and they're all available to everyone who's playing." and that "There won't be some section of the universe that's blocked off."

Dust 514 Neocom is a companion app that will be launch on the Playstation Vita. Currently, the app is known to do business transactions, modify a player's character, vehicles, and set up strategies with online members. The launch date has yet to be determined.

The current the limit for online matches is set at 48 (24 vs 24). However, CCP has stated that testing has been done with up to 128 players (64 versus 64) at once in game. CCP has stated that the limit may increase by release or afterward. Players will be able to customize their character's weapons, vehicles and dropsuits. The game will feature race-specific personal areas, similiar to captain's quarters in EVE Online.

What is currently known, matches revolve around the capture of territory and the depletion of the enemies' clones so far have been confirmed. Players in EVE Online can lay out an Orbital Bombardment at the request of Dust 514 mercenaries, and Dust 514 mercenaries can fire orbital cannons at starships in orbit.

The official site describes the following features of the game's dropsuits that define player classes:

The mercenary soldiers of DUST 514™ enter combat wearing dropsuits designed to protect them from both the elements and enemy fire. With a variety of specialized designs available, different dropsuits offer specific bonuses to speed, mobility, defense and configurability. Like starships and planetary vehicles, each dropsuit design come with a unique slot configuration and powergrid (PG) and CPU that permit a range of customizations. The number and type of slots determine the modules, weapons, and equipment that can be fitted

The Assault dropsuit is a versatile frontline combat suit that combines excellent protection, good mobility, and sufficient equipment hard points for mission-specific customizations. Assault dropsuits are intended for standard combat operations or those in which the objectives are likely to change at a moment’s notice. Its ability to carry anything from small arms and explosives to heavy anti-vehicle munitions and deployable support gear makes it the most adaptable suit on the battlefield.

The Caldari dropsuit design and aesthetic philosophy is heavily influenced by the culture’s origins on brutally frigid home worlds, dismissing stylistic notions in exchange for the ruthless, bare-minimum functionality requirements needed to keep a soldier alive. As such, the Caldari suit is notoriously uncomfortable and outright ungainly in some instances, yet remains in high demand due to its remarkable resilience in smart battlefields.

The Scout dropsuit is a lightweight suit optimized for enhanced mobility, multi-spectrum stealth, and heightened awareness. Augmented joint servo motors give every movement extra speed and flexibility, while integrated friction and impact dampening materials reduce the overall sound signature. When missions call for speed and stealth, situations in which heavily armored suits would be more of a burden than an advantage, a scout dropsuit is the best option. The enhanced mobility it provides makes up for its relatively low protection, and when combined with stealth technology modules, the scout suit is the obvious choice for infiltration, counter-espionage, and assassination.

The scout suit contract from the Gallente military was almost given to another corporation, but just a week before the paperwork went through, Allotek Industries demonstrated their model by sending a former Black Eagle operative to break into the Caille government offices on Luminaire and steal the documents. When Allotek’s CEO presented the stolen material to the panel of generals that were responsible for deciding which suit to buy, they immediately changed their minds.

The Heavy dropsuit is a second-generation solution designed to withstand concentrated small arms fire and protect the wearer from the concussive, thermal, and impact forces of low-grade explosives. Additionally, its power-assisted exoskeleton facilitates usage of the heaviest caliber personal weapons. Heavy dropsuits lack the mobility of lighter suits, but this trade-off results in a defensive system that defies standard infantry conventions. No other classification of personal armor can claim to be able to stand toe-to-toe with enemy vehicles and survive.

The look of this Amarrian suit has changed little since it was first created, due largely to the commonly held belief that its original form is immaculate; the perfect amalgam of science and religion. Aesthetics are as important as function, because to the Amarr, aesthetics are function. Enshrined within the armor, the wearer becomes a vessel, the embodiment of God’s will and an instrument of holy wrath, unmistakable, and feared, by all who look upon him. To the Amarr, the dropsuit itself is the weapon.

The Logistics dropsuit is outfitted with the latest in integrated diagnostic technology, most of which revolves around maintaining the condition and efficiency of squad mates and their equipment. As such, a soldier equipped with this class of dropsuit becomes a force multiplier, greatly improving the overall effectiveness of the unit. When deployed, a soldier equipped with a Logistics suit fills a vital tactical role in small unit operations and full-scale warfare, providing both, medical and mechanical support.

The story of how the logistics combat suit came to exist is as anecdotal as it is representative of the general Minmatar attitude towards military maintenance. A high-ranking tribal leader was visiting a Republic station for a strategic planning session on how best to use cybernetic clones in ground warfare. When a committee member suggested a full-scale development project to create a support armor variant, the tribal leader balked at what he considered a needless expense, since such a thing already existed. Pointing out one of the station’s windows, he directed the committee’s attention to a maintenance worker floating nearby in the hangar, welding armor plates onto a Rifter. A few minutes later, the worker stood in the committee chamber, demonstrating his suit’s functionality for most of the Republic’s senior leadership. After a few modifications to allow it to interface directly with an NIS implant, the logistics suit was complete.

The official site describes the following details regarding the weapons available in Dust 514:

Handheld weapons are a key part of any multiplayer shooter and DUST 514™ is no exception. Players are able to use different classes of weapon in different load-outs so that they can make meaningful tactical choices and respond to changing situations on the field of battle. There are three basic weapon classes: sidearms, light weapons and heavy weapons.

Often overlooked, sidearms are very dangerous weapons in the right hands. Commonly used as backup weapons by frontline assault troops, they come in to their own when providing a close range infantry combat solution for players in highly specialized roles (such as those using heavy weapons). A favorite option is the CAR-9 Scrambler pistol.

This Amarr weapon, whilst hindered by a low ammunition count, is extremely high on power. Accurate shots with the CAR-9 will tear through shields and armor. It is particularly effective when striking the head due to its high damage output and the thinner armor plating in that area. Submachineguns provide an alternative fully-automatic weapon choice bridging the gap between backup and primary weapons.

Light weapons are a commonplace on the battlefield and for many players the light class will be their primary offensive weapon. The Gallente G75-VLB Plasma Assault Rifle is the perfect example of this. A solid all-purpose weapon, effective at short to medium ranges it is very flexible and comes in a number of variants: standard, breach, tactical and specialist.

This flexibility allows the player to select the style that best suits them: trading fully automatic fire for targeted bursts, and lower rates of fire for increased accuracy over range amongst a variety of other benefits and trade-offs. Alternative light weapons include the Mass Driver, Plasma Shotgun and Sniper Rifle.

Heavy Weapons are a different animal altogether. They can only be wielded by those skilled enough to use heavy dropsuits which immediately makes them a more specialized choice. They also tend to utilize a high amount of dropsuit power grid and CPU systems making them unsuitable if you favor a more “generalist” approach to your weapon and equipment load out. They are however devastating in the right hands.

Nowhere is the power of heavy weapons more evident than in the DCMA S-1 Forge Gun. This Caldari built ordnance is an incredibly powerful anti-material weapon with only one purpose, engaging and destroying hostile Heavy Attack Vehicles, a job at which it excels. Alternative heavy weapons include the Heavy Machine Gun.

The official site describes the following details regarding the vehicles available in Dust 514:

highly versatile light attack vehicles with a crew capacity of up to three squad members. They are capable of stacking a wide array of lightweight modules in a single configuration, which allows them to assume a very dynamic support role on the battlefield. As an offensive unit they find strength in numbers, often found amongst a group of other LAVs at the front line of battle. However, the driver of an LAV needs to be aware of how exposed his crew is to enemy fire and react appropriately so as to avoid having himself and his crew picked off.

An alternative approach is found in the light logistics vehicle (LLV). This vehicle type is designed specifically as an infantry support unit, providing infantry on the front lines with emergency repairs in the heat of battle. Due to its lightweight advanced armor coating, the LLV is quite tough compared to its light vehicle siblings. Although the LLV is focused on support, it is mounted with a weapon hardpoint allowing it to fend off enemy infantry.

Heavy attack vehicles (HAV) are the armored striking power of the ground forces and combine weapon hard-points, thick armor and all-terrain mobility. Their role on the battlefield is to provide heavily-armed and armored support at mid- to long-range distance, assisting lightly armored units as well as infantry. Depending on the type of main turret equipped, an HAV can relinquish its ground-pounding power for an anti-air focus.

The thick armor of HAVs enables them to sustain a heavy degree of damage, ensuring enough staying power to engage in extended combat. Their competency on rough terrain allows the driver to place the HAV in tactically advantageous positions to close the trap on the enemy, or to alternatively scale challenging geographical obstacles that would otherwise inhibit less off-road capable units.

The dropship’s function is to support ground units by laying down fire from its two small turret hardpoints, and deploy infantry reinforcements at the battlefront. It is one of the most maneuverable vehicles capable of hover flight. This allows it to quickly insert fresh infantry into a combat area with great efficiency, as well as affording it the maneuverability to fall back and lay down direct fire from an aerial support position. 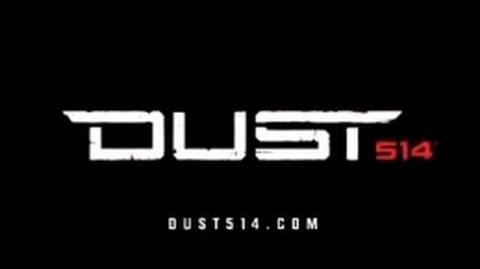 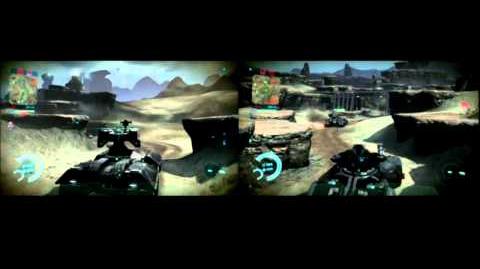 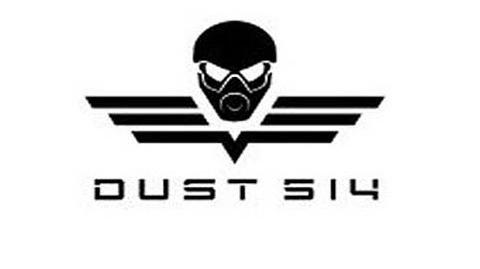 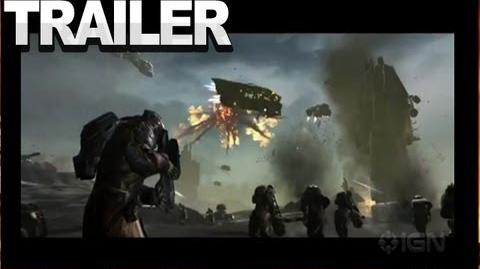